Kraft-Heinz’s Evolv using the algorithmic analysis pioneered by tech companies to help us plan our meals.
“Food is the single most important habit that we have as human beings. What we’re doing is bigger than tech, it’s bigger than food, it’s bigger than I think any of the things that I’ve worked in my career. We’re fundamentally changing how people think about the single most important habit of their lives.”
– Mani Gopalakrishnan, VP of Digital Innovation for Kraft-Heinz
Food and technology are blending in and having a moment.
The love affair began in the 2000s, when companies like Seamless burst onto the scene. Then came Blue Apron, which knew that the value of food wasn’t merely in the food itself, but rather in the social experience of making it. So-called “track and trace” companies have since taken center stage by offering interested parties unprecedented insight into every aspect of their food: where it’s from, how long it traveled from farm to table, what it’s been exposed to, if it was produced on a farm with GMOs, and more.
We’re still very much in the top half of the first inning in terms of maximizing what food can be to people, for two main reasons:
1) a lack of data-driven solutions to deliver convenience and personalization to consumers at scale thanks to the messy nature of consumer packaged goods (CPG) data, and
2) the food value chain is organized around retailers, not consumers.
Some companies are attempting to solve these problems, and the race is officially on to create the Netflix of food.
It’s crucial to understand that massive companies are borne out of shifts in the technology landscape. Uber was only able to launch once the mobile phone reached a certain saturation point. Likewise, the Netflix moment for food is only possible in a world where technology can index nutritional data from millions, if not billions of people, and turn those insights into useful solutions for consumers.
That moment is now, and one company on the precipice of realizing it is Evolv, Kraft-Heinz’s answer to the future of food.
“How many gallons of milk can consumers carry in two hands? How many fit on a grocery store shelf? These are the questions CPG brands have traditionally asked,” says Nina Barton, Chief Executive Officer at Evolv. “In today’s demand-driven world, the brands that win will be the ones that are focused not on the constraints of the retailer, but on the individual needs of the consumer.”
To many, this might not be front-page news. The internet has shifted power from those who control supply to those who control demand. However, in the food world, this shift has yet to play out at scale for CPG brands. Food companies must now serve the needs of their consumer — as opposed to the constraints of the retailer — if they want to win.
As David Perell points out in “The Pivot to Owned Commerce,” algorithmic analysis was instrumental in creating House of Cards. Netflix used its access to vast amounts of data on consumption habits from its audience members to learn that people loved the West Wing, David Fincher, and Kevin Spacey. The result? A $100 million investment in a show that changed Netflix’s trajectory forever.
What stops Evolv taking the same approach to food? Nothing. In fact, they’re already working on their own House of Cards.
The core of Evolv is its food intelligence platform, which it inherited via acquisition last year from an San-Francisco-based food startup. The A.I.-driven platform brings together diverse domains of unstructured data around groceries, meals, nutrition, and the health impacts of certain foods. 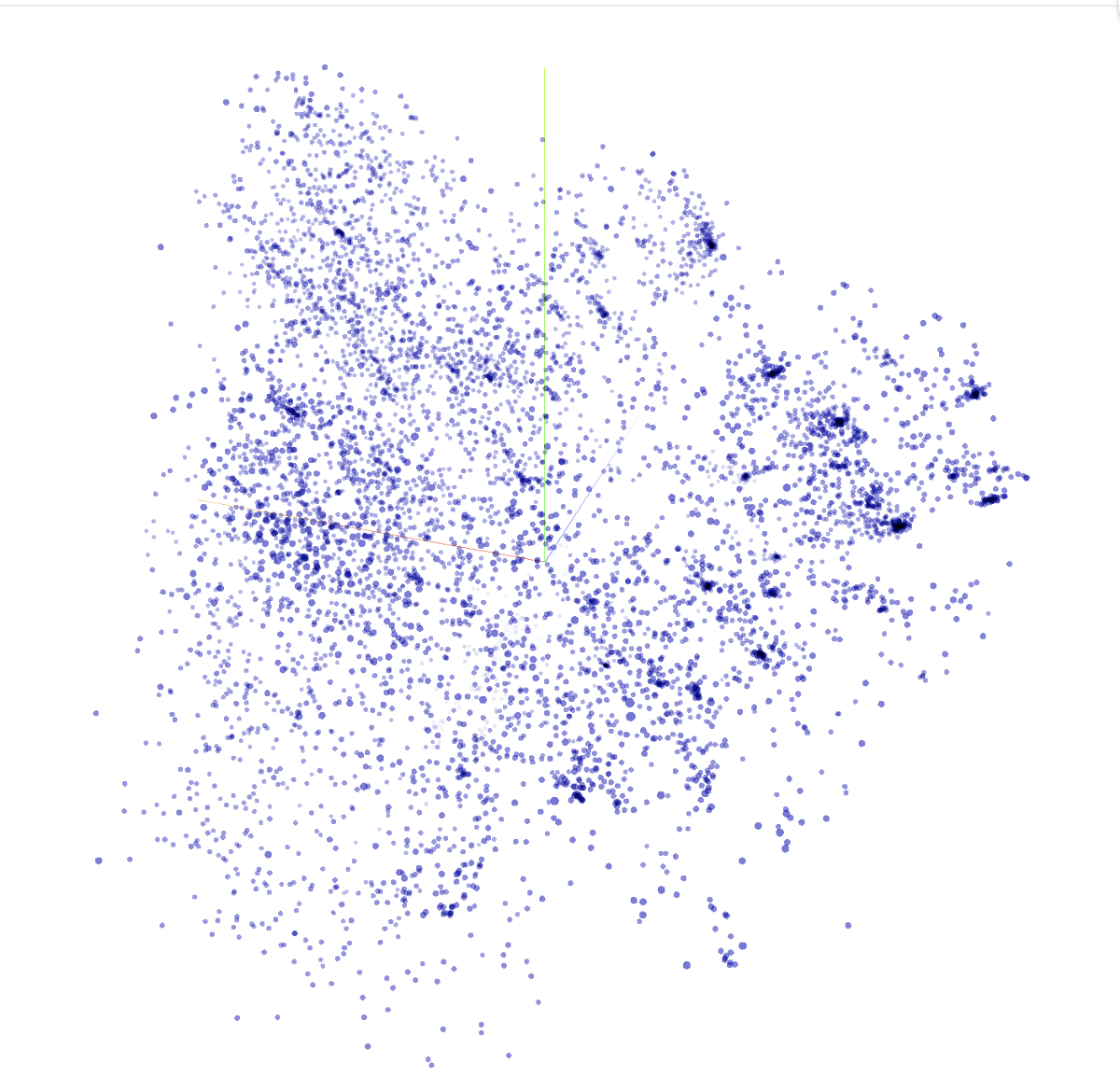 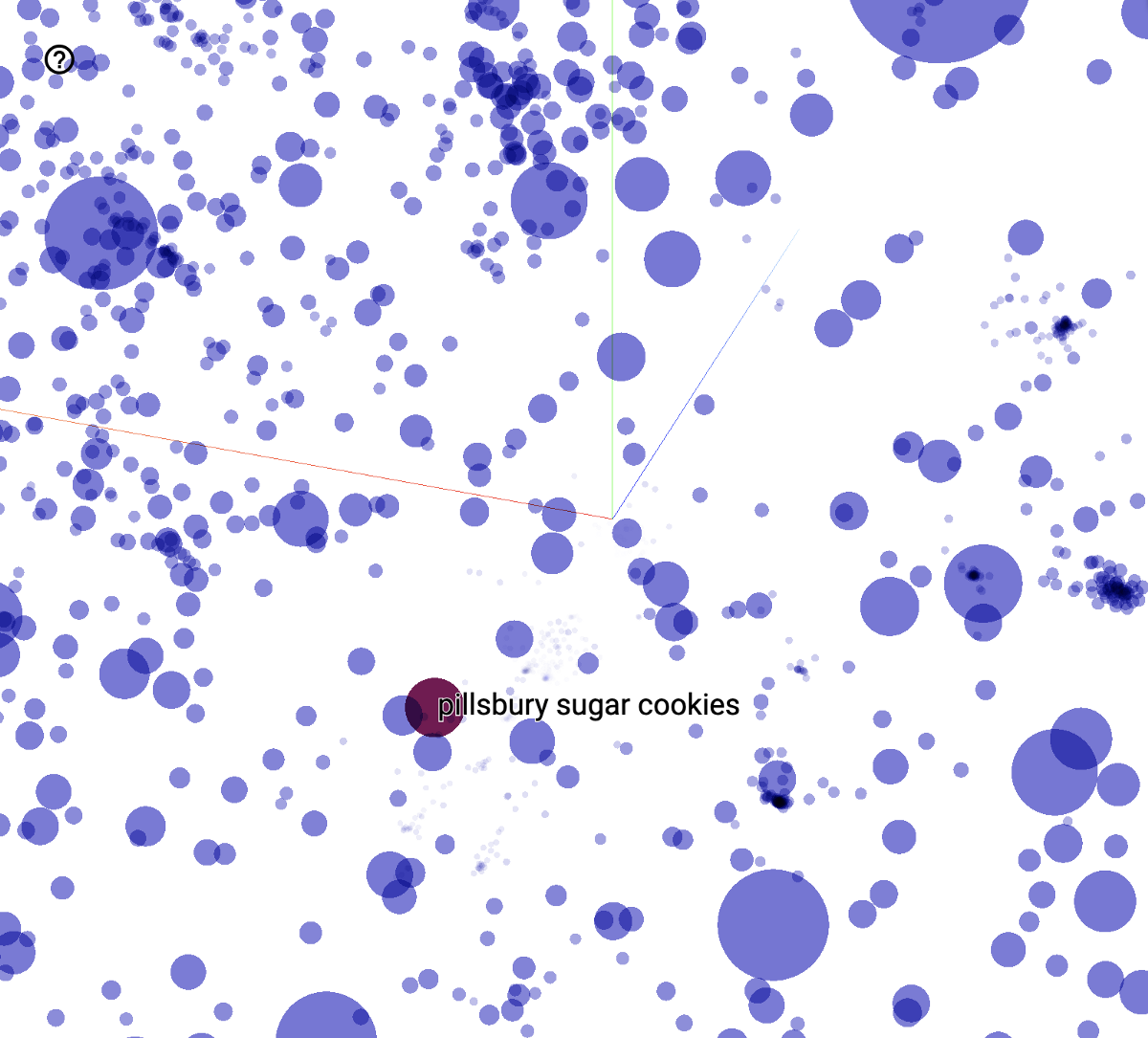 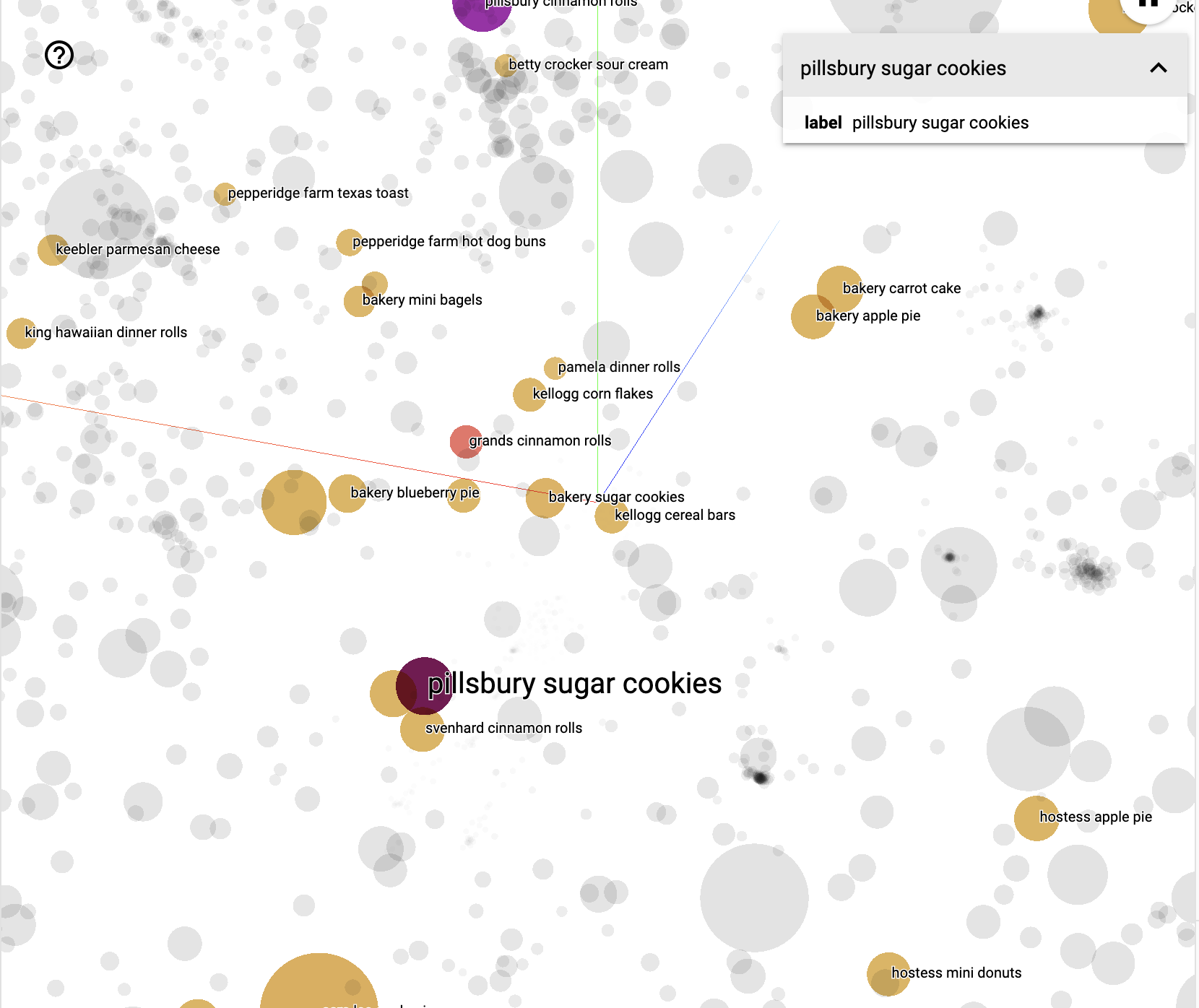 This food intelligence platform powers Meal Hero, Evolv’s first consumer-facing product. Internally, the company describes it as the world’s best meal planning tool, seamlessly connected to grocery e-commerce. In short, Meal Hero aims to recreate the experience of having a personal chef and nutritionist in your home.
“People have big dreams in this domain. Yet, they’re often hard to achieve because of the complex optimization problem around food. I truly believe that people would love to be nudged towards their dreams, especially if their dream path is the easier road. Our job is to make the right path the easy path, and I believe the most effective and scalable way to do that is through technology.”
— Erik Andrejko, Chief Technology Officer, Evolv
Evolv has trained its food intelligence platform on 9 million-plus recipes by world-class chefs, nutritionists, and culinary experts. As such, Evolv not only has access to insights its competitors would kill for, but also the unique ability to build consumer-facing applications that better serve consumers (e.g. Meal Hero). 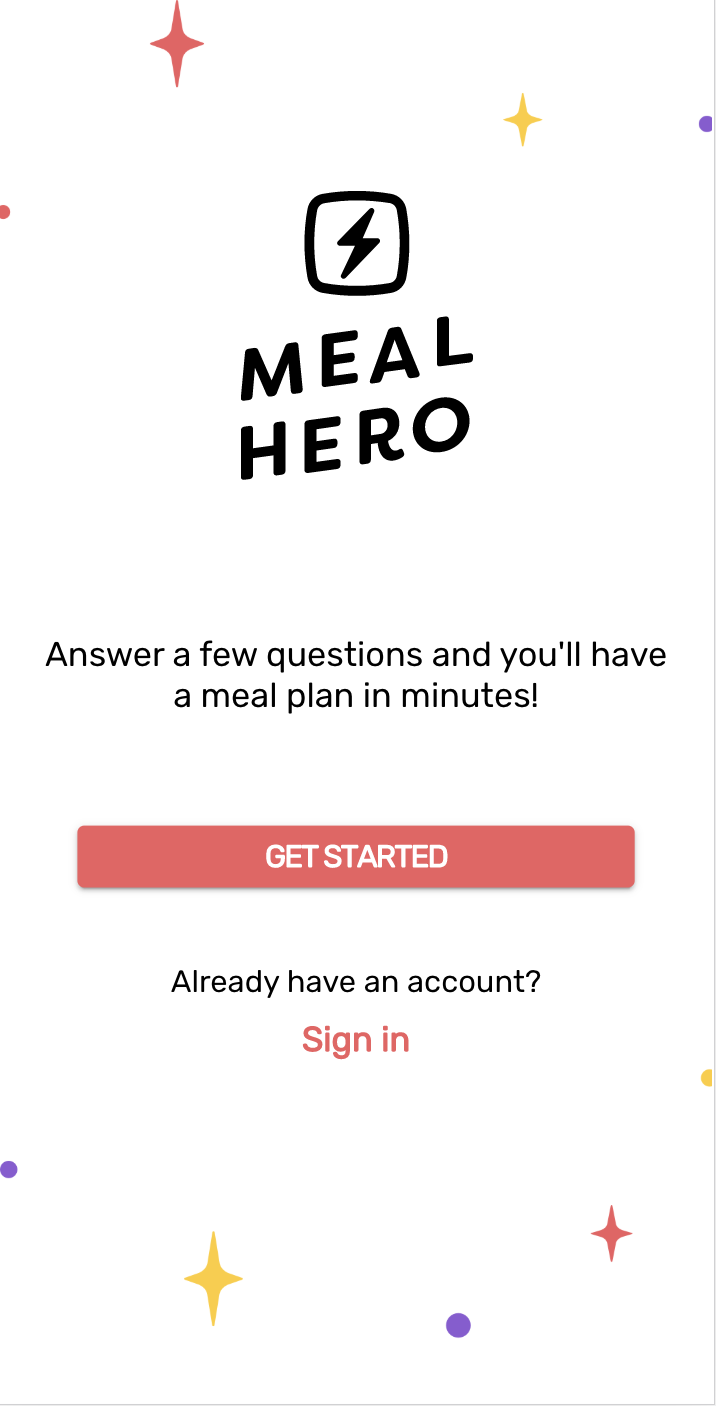 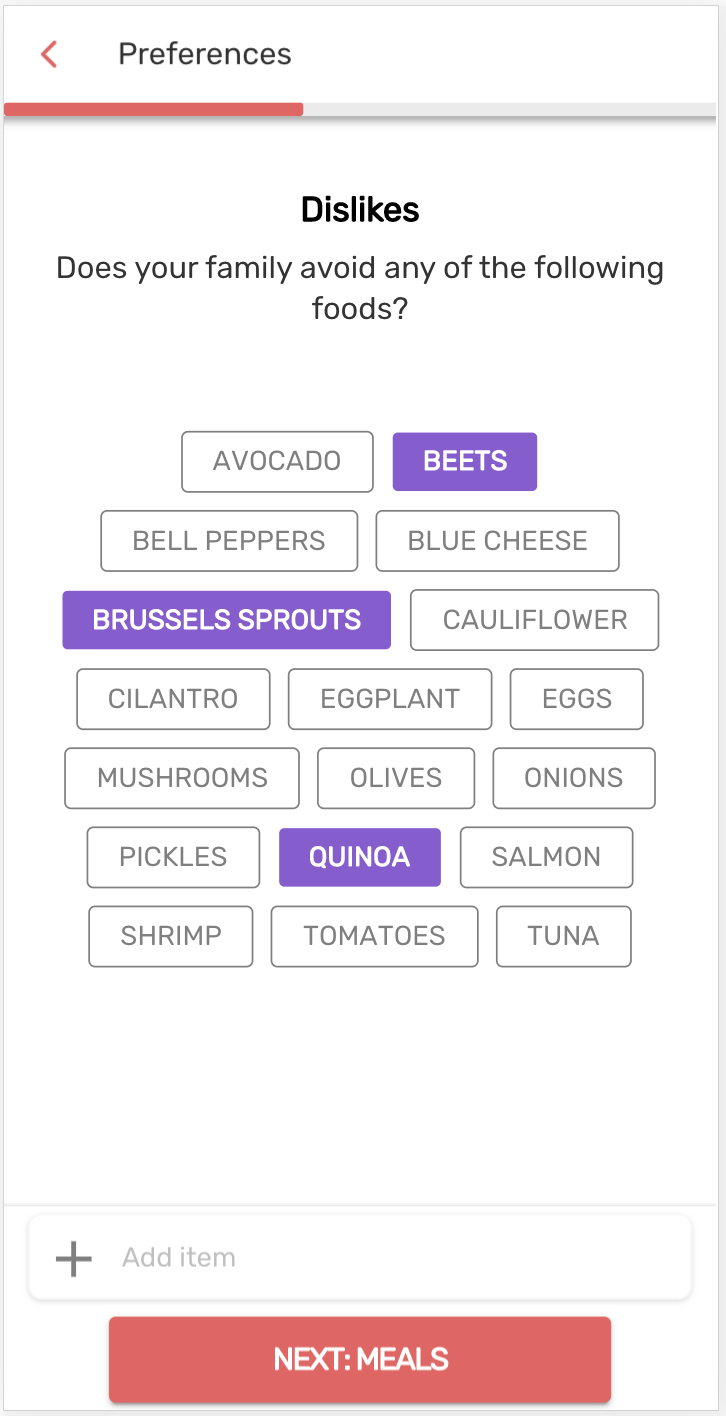 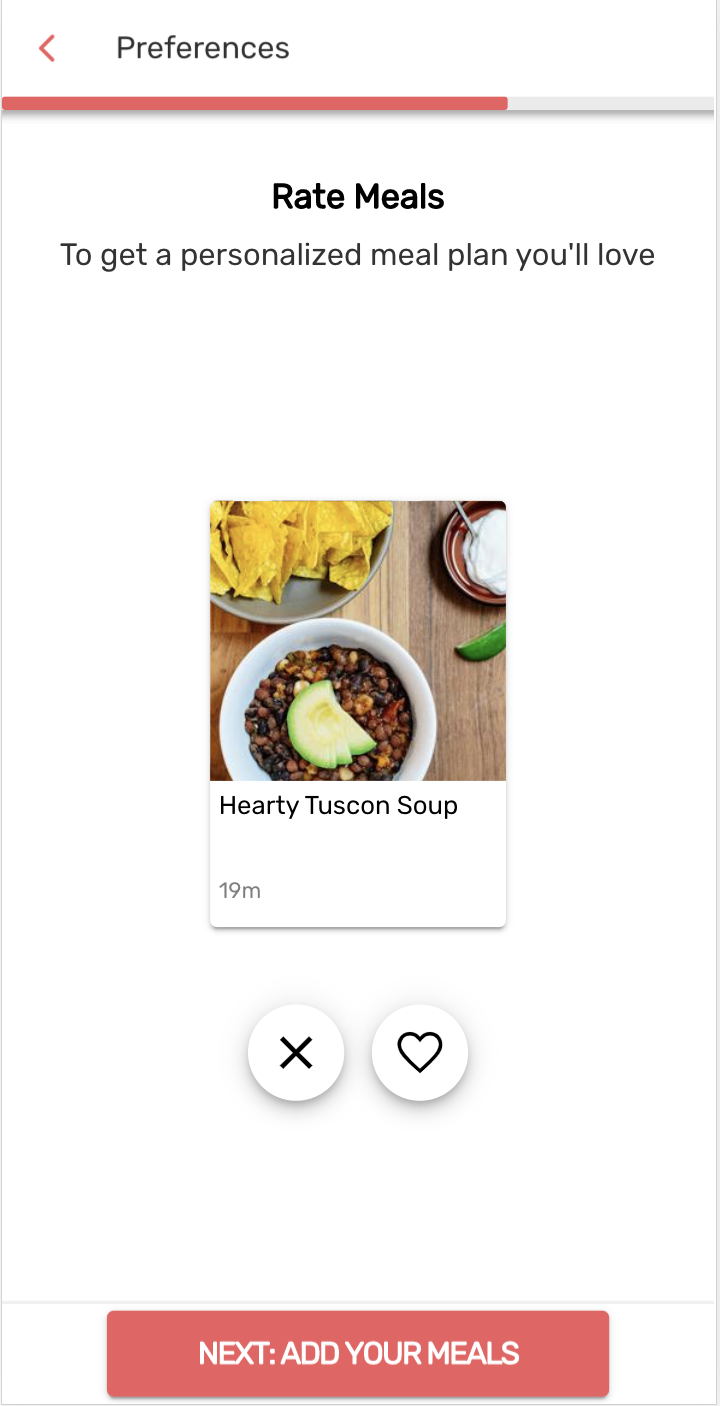 Internally, Evolv’s leadership is bullish on Meal Hero’s ability to improve how consumers experience food. As Tjarko Leifer, Head of Product, puts it:
"Figuring out what’s for dinner tonight is a really tough multidimensional challenge for families to solve. It’s the sort of thing that is really hard for people to keep in their heads but something that software can be really good at." 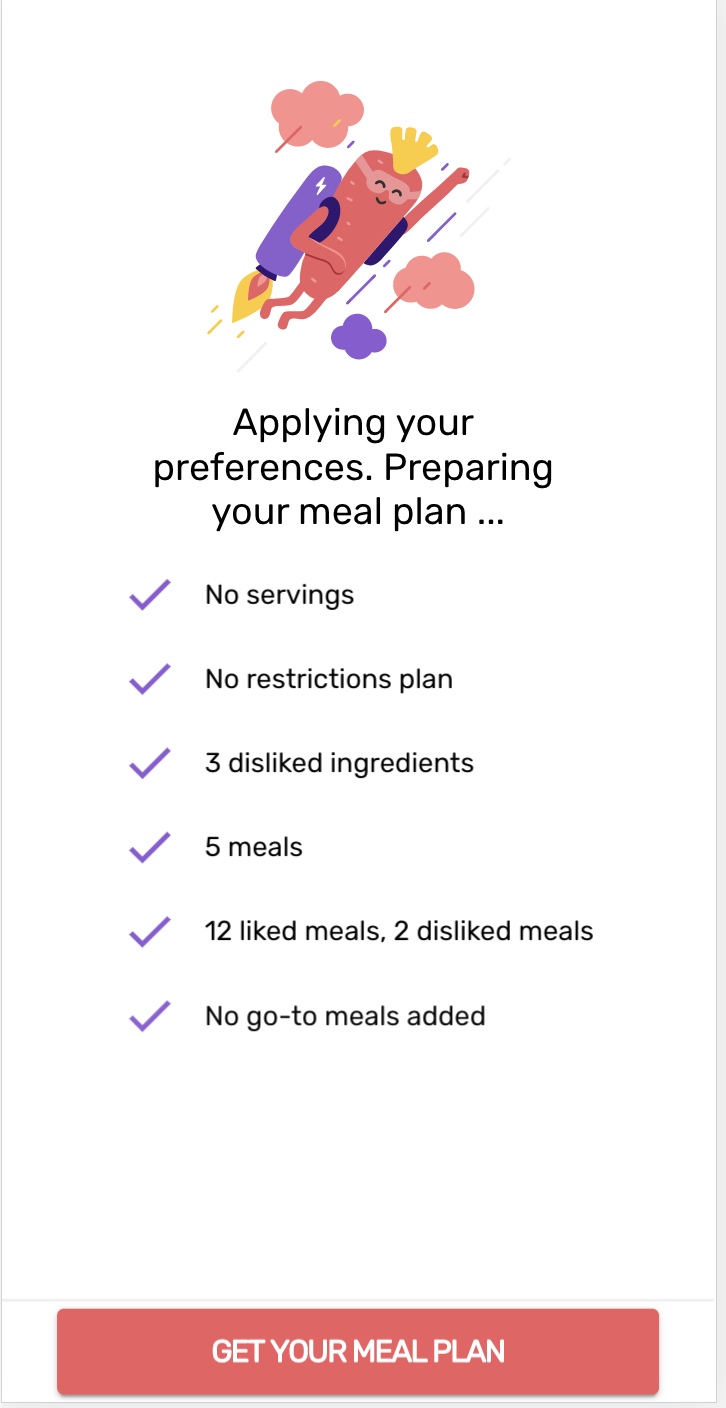 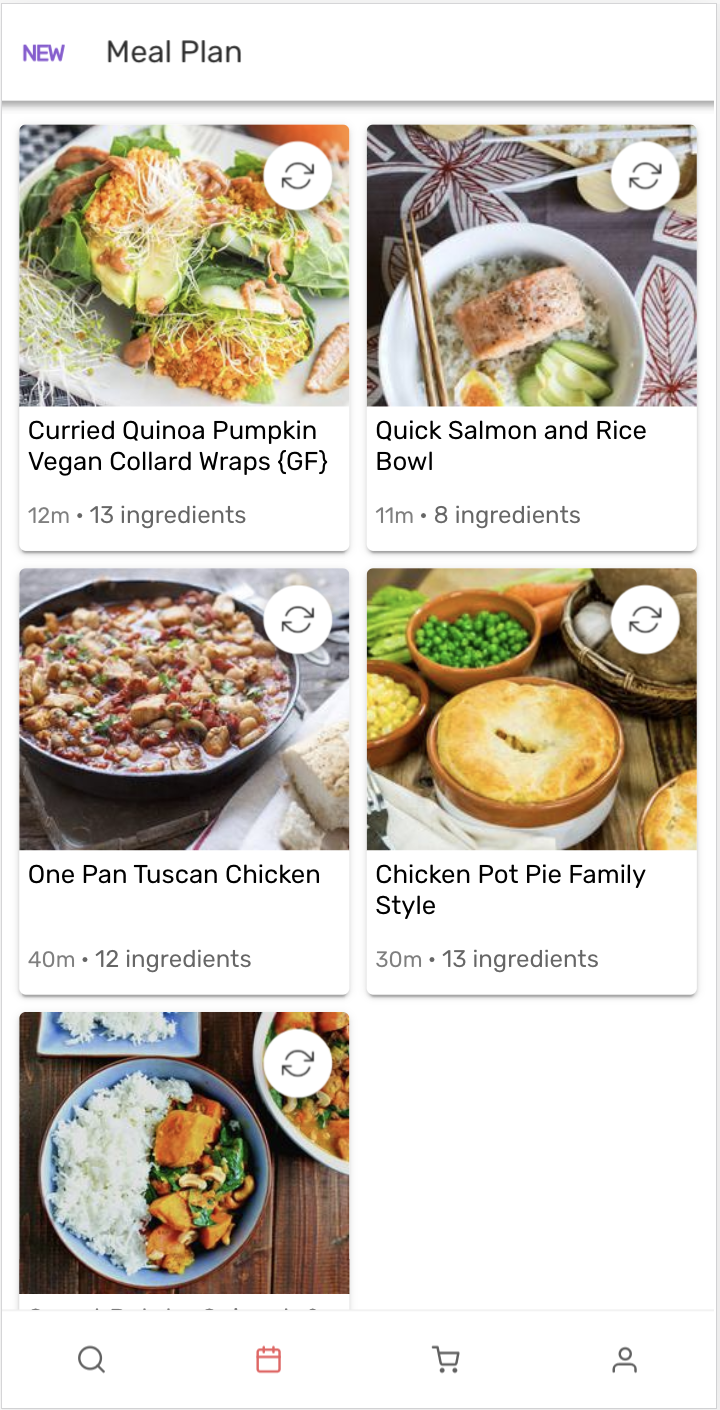 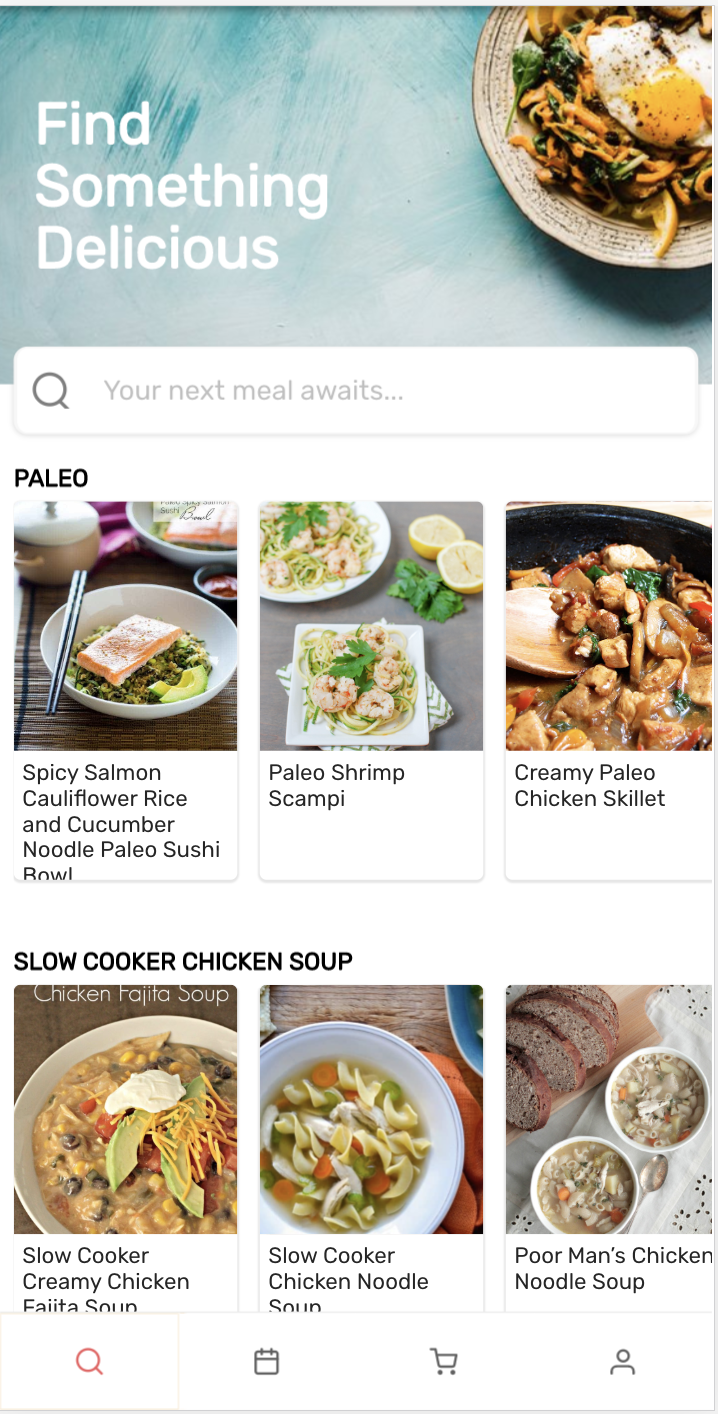 Credit: Kraft-Heinz/Evolv
Leifer’s right.
Deciding what to cook for dinner is a complex optimization problem, and undoubtedly one of the most important facing us as a society. In a world where over 60% of American adults are overweight or obese and over 30% of Americans are either prediabetic or have type 2 diabetes, nudging the world towards better nutritional choices every night has transformative potential.
Evolv’s leadership believes its consumer-first data-driven approach can fundamentally transform the food value chain. Again, as Andrejko says:
If you look at the food system today, every player in that food system is just doing what you would probably do as a rational person if you were in their shoes. A farmer grows these crops because it’s suitable for their land and there are people who will pay good money for that crop. So every single person in that chain is responding to their customers.
Andrejko’s point is simple yet profound: Today’s food system is entirely determined by consumer behavior and decision-making. If you can change those behaviors through technology and nudge customers towards new goals, you can revolutionize the entire food chain. Not to mention the fact that technology enables the nudges to become so personalized that you’re able to meet any customer where they are regarding food intolerances, allergies, likes, dislikes, and lifestyle.​​​​​​​ 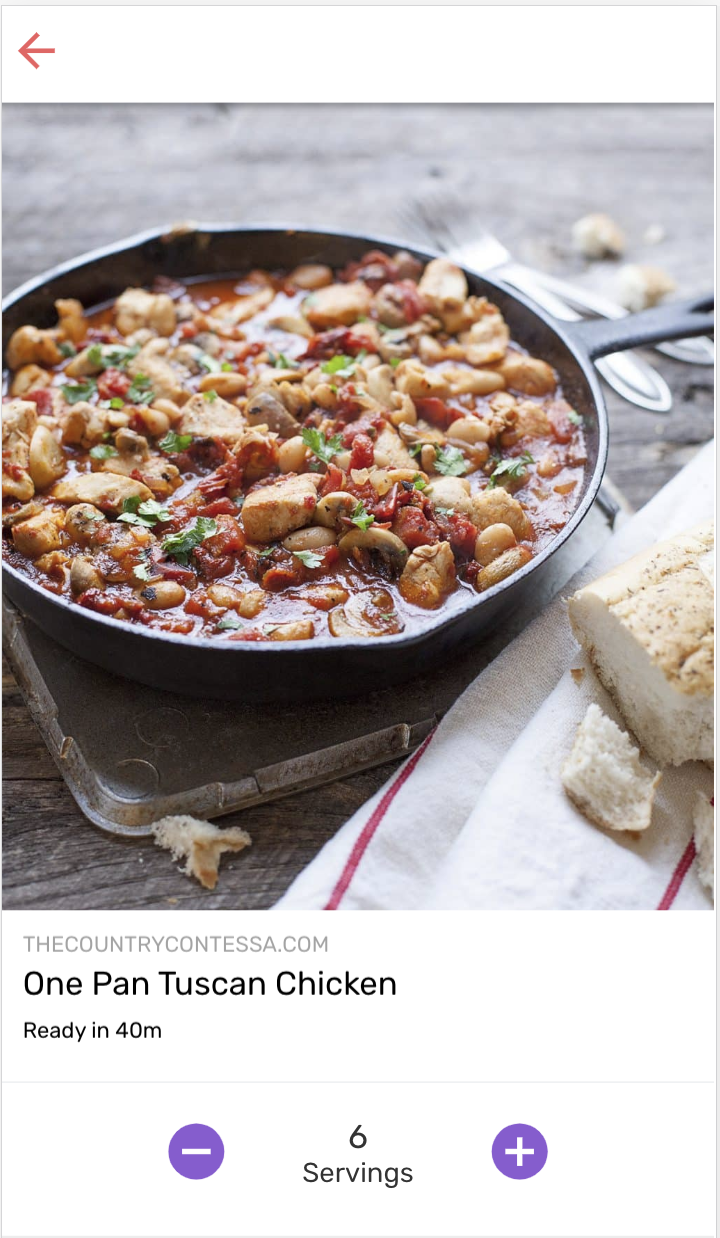 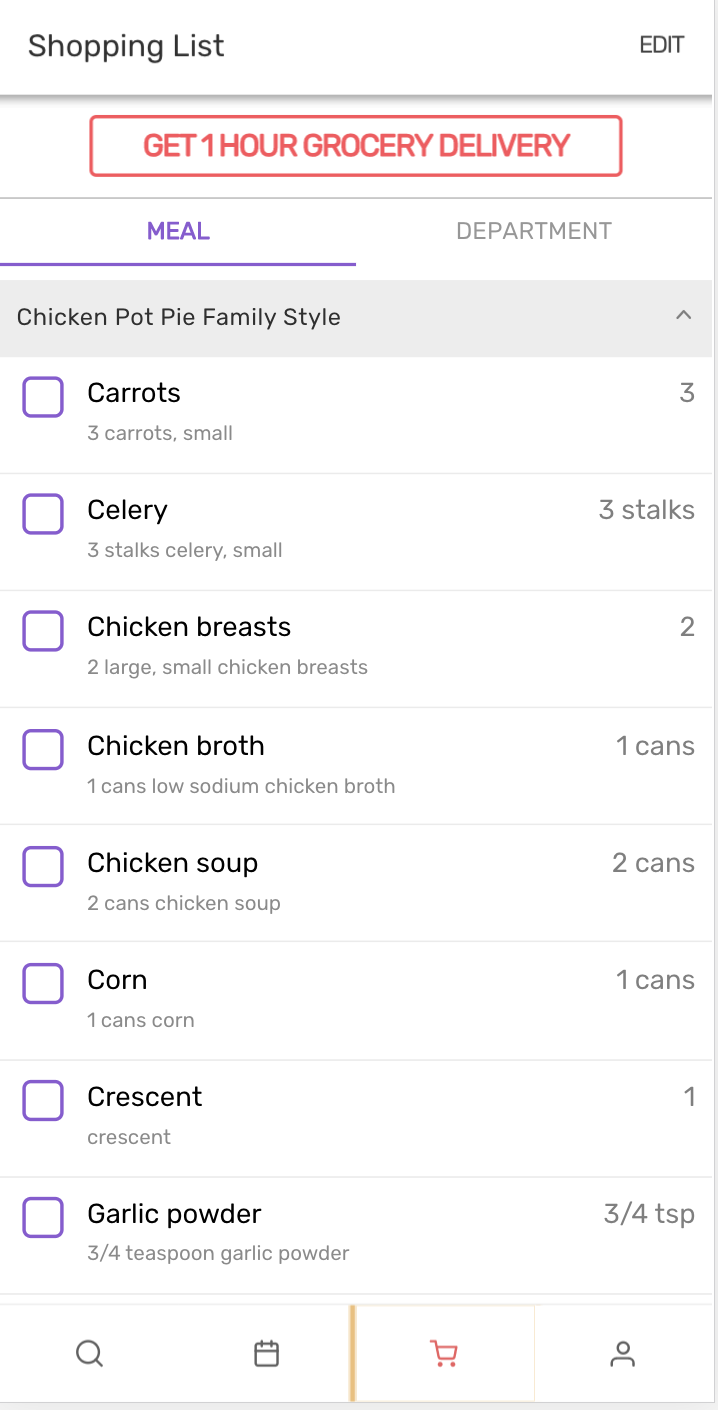 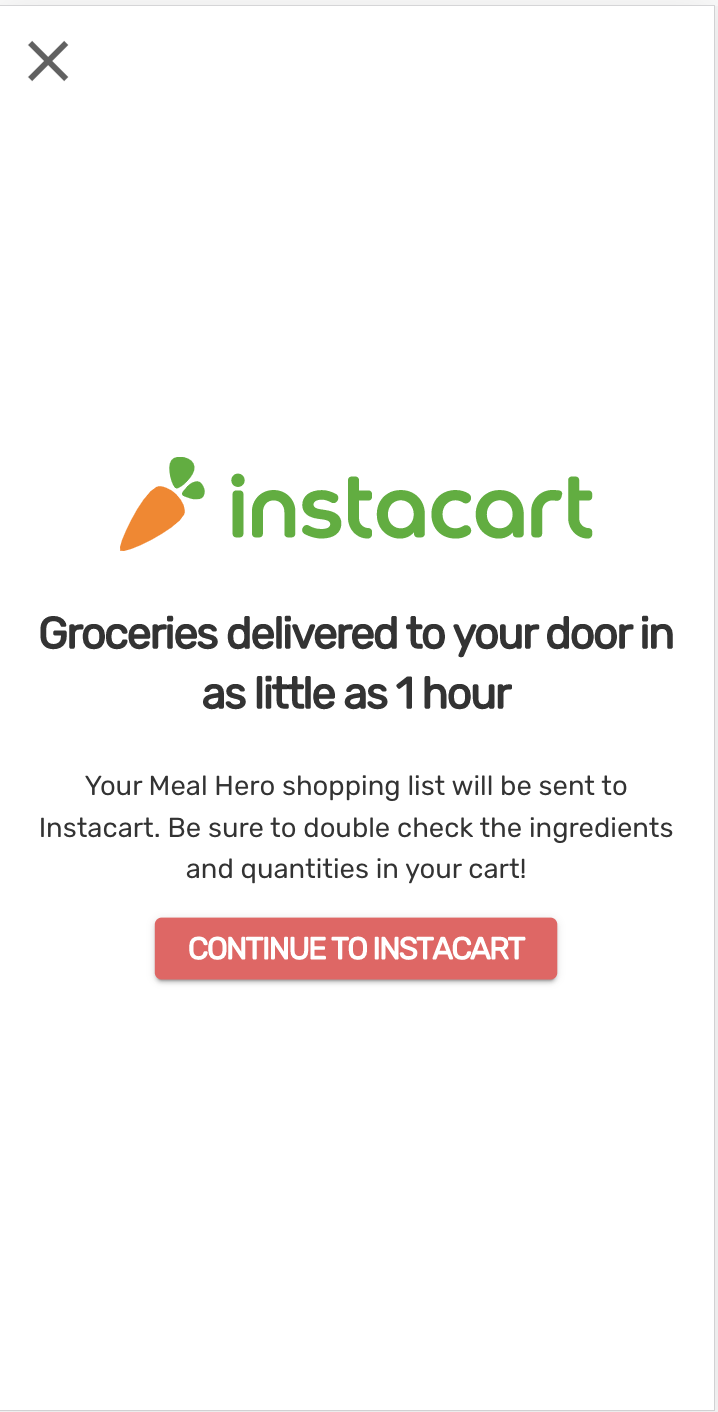 In their book, Nudge, behavioral economists Richard Thaler and Cass Sunstein describe the power of the nudge as “[Gently pushing people towards] choosing actions that are intended to make [them] better off as defined by themselves.”
This gets at the crux of why Evolv has the capacity to become so transformative. People want to eat well; no one is sitting around thinking of ways to do the opposite. Yet corporations that prioritize money over health realized the power of the nudge decades ago, and have been “nudging” consumers towards suboptimal decisions — fast food, empty calories, refined sugars — ever since.
ld you like to eat better? Of course you would. I’ve never had someone tell me, ‘No I’d love to eat worse.’”
— Erik Andrejko, Chief Technology Officer, Evolv
Kraft-Heinz and Evolv now have the capability to “nudge” people toward behaviors that fundamentally improve their lives without consumers even realizing they’re making better decisions. This is radical personalization and convenience — and a transformative ability to improve lives at scale.
We’ve seen this model play out already with brands like Peloton. The genius of Peloton is not that it sells fitness equipment, but rather the glory that comes with a fit lifestyle. Similarly, Evolv isn’t selling food. It’s selling something far more powerful: a better and healthier version of you.
Now, this won’t be easy. Companies that deal in our data — Facebook and Google, namely — have achieved massive success precisely because consumers didn’t understand how their business models worked. But the beauty of Evolv’s model is transparency around how it works, which the company hopes will drive adoption.
The reason for this is simple: Our world is plagued with issues surrounding health, people know it, and they’re demanding a solution.
In the past few centuries diabetes and heart disease — conditions borne of the food we eat and the lives we live — have replaced war, famine, infectious diseases, and death in childbirth as primary health concerns. If Evolv one day operates at scale, it could very well spell the end of these issues. Once consumers understand that an algorithm can help them become healthier and improved versions of themselves — as opposed to simply giving them another show to watch or another pointless object to buy — adoption will skyrocket.
“Food is the single most important habit that we have as human beings. What we’re doing is bigger than tech, it’s bigger than food, it’s bigger than I think any of the things that I’ve worked in my career. We’re fundamentally changing how people think about the single most important habit of their lives.”
– Mani Gopalakrishnan, VP of Digital Innovation for Kraft-Heinz
This will transform how food producers operate, too. Consider that for Netflix, owning the relationship with consumers offers content creators a profoundly improved understanding of what audiences want. In the entertainment industry, this is one thing — producers can use data to inform the production of shows like House of Cards, knowing the show will be a hit almost before it’s released. But, at the end of the day, its impact is limited: audiences are deprived of half a day of their lives every year or so, and they have something to discuss with people they don’t share anything in common with.
This isn’t meant to knock Netflix — entertainment is important, but our health matters more. While Netflix’s model has the potential to impact human lives in an incredibly meaningful way, in all likelihood, that impact will not come from within Netflix itself. Rather, it will come from a company like Evolv, and a food-based ecosystem that allows them to take ownership of the customer relationship, return data back to suppliers so they can create the next great wave of consumer-facing products, and present those products to consumers to help them reach health goals they’ve set for themselves.
This is Netflix’s model, repurposed to serve what is arguably humanity’s single greatest need at scale. It’s an algorithm whose success could spell the end of modernity’s diseases — obesity, diabetes, and the like — and help people realize better versions of themselves through what they eat and how they live.
Evolv is focused on positively impacting lives at scale, and helping both individuals and families who want to better manage their own health do so as seamlessly as possible.
This is not about making people’s lives easier. Rather, it is about improving people’s circumstances. It’s about giving people options beyond what’s easy, and recognizing that they’re ready to accept what’s meaningful. It’s about making sure their experience in an essential part of their lives is optimized for whatever the best possible version of that life is.
↑Back to Top